I couldn’t use the first two graphics on this page in a recent paper I completed due to space limitations. However, I think they are useful for highlighting the correspondence between Nostradamus conspiracies and Papal issues and how they may be perceived in primarily Catholic countries. Each of these was made from a 5 day average of CSV files downloaded from Google Trends. (Although there tends to be quite a good amount of variability in the reported proportions of day to day samples, the ranks don’t change so much, so I just stuck with those. ) 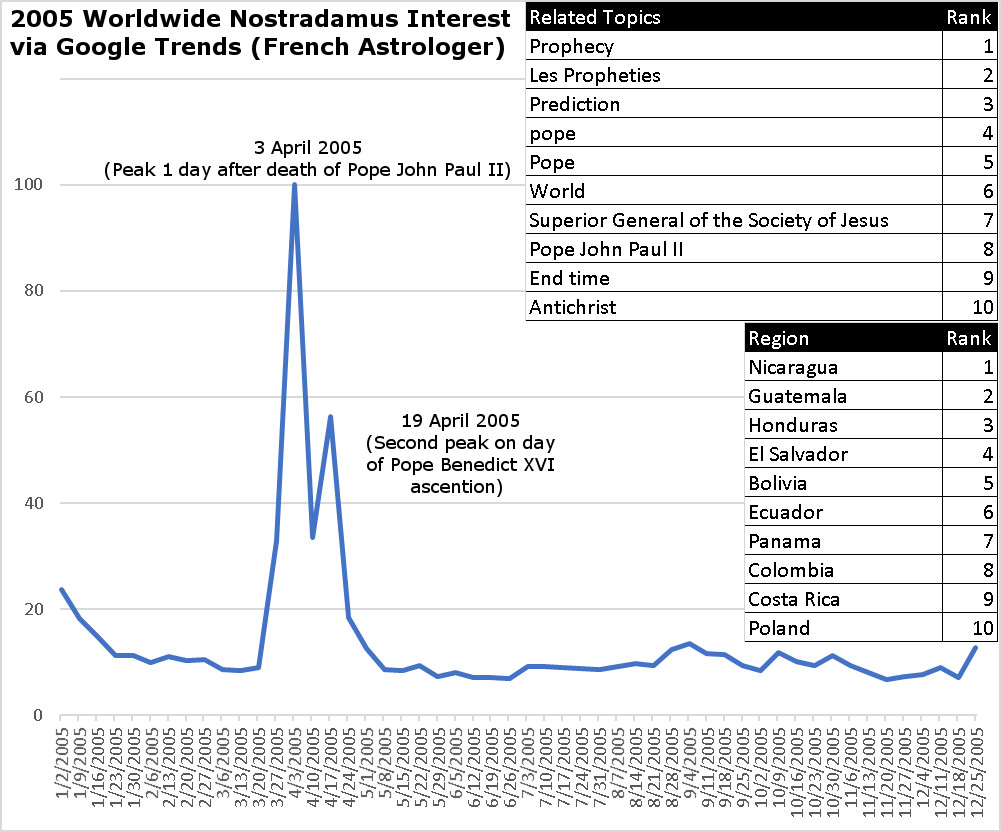 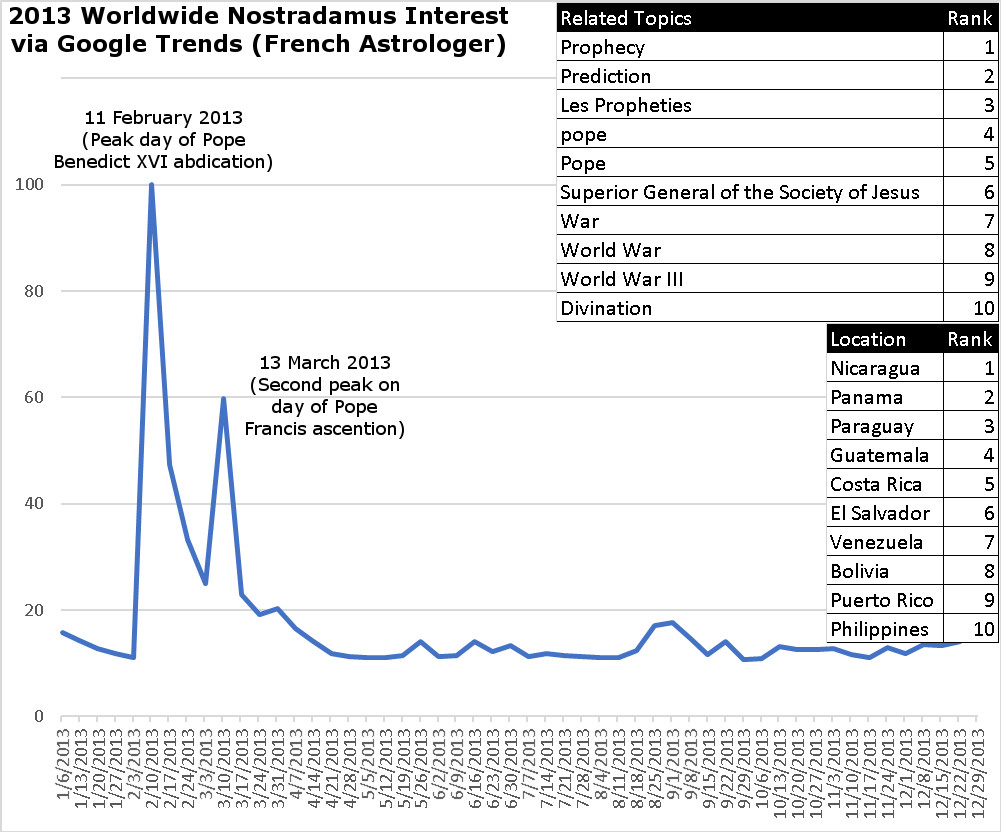 Compare with the first 9 months of 2019. There is no ‘aftershock’ in Nostradamus interest corresponding to a second event (the naming of a new Pope in the prior 2005 and 2013 examples). Also note specifically how North Macedonia corresponded to an apparent disinformation operation directed at the Pope which may coincide with Russian Orthodox Nationalist ideas (and how that attack may have been launched from Serbia).

Unlike in 2005 and 2013 when almost all of the interest was in Catholic countries, it is interesting to note Muslim and Orthodox Christian countries trending in the top 10 so far this year, but the primary spike being due to the Notre Dame fire which is arguably a “Catholic” occurrence symbolic of the West which Russia is at information warfare with. (Note the Iranian interest also seems unconnected to Notre Dame and may relate to fears of a war with the US – however it is notable that Ayatollah Khamenei did name a book about Nostradamus among his favorites this year.) 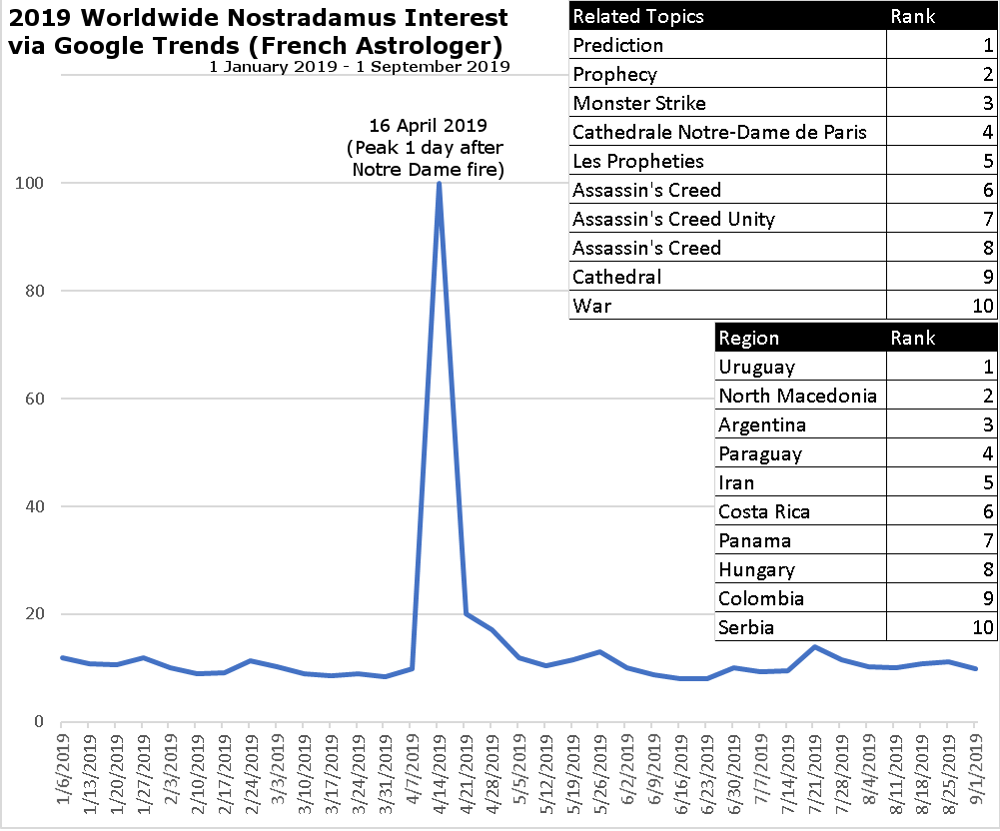 There may not be a connection but I think it is worth noting that the “shape” of the 2019 spike is more similar to the 2010 spike related to the Polish government crash at Smolensk than the 2005 or 2013 spikes related to the Papal issues. This may be significant to the Catholic theme in as much that Russian Nationalists may have hostile feelings towards Poland as the result of perceived historical trespasses and its status as a Catholic Slavic nation which is counter to ideas of ‘pan-Slavic’ Orthodoxy.