The ideas of apocalypse and antichrist in former Soviet-bloc countries are deeply culturally ingrained concepts associated with millennial/centennial mythologies. This has synergy with the apocalyptic and popular eschatological prophecies of Nostradamus.

For example, a 1996 study found that a significant number of people from Belarus believed that Nostradamus predicted the 1986 Chernobyl disaster, and that it heralded the coming apocalypse (Christensen 1998). Before Perestroika, references giving credibility to Nostradamus in the context of “political murders” and “revolutions” were published in Soviet journals which should have been censored (JPRS 1978). In the post-Soviet period, Nostradamus (and Helene Blavatsky) has continued to be associated with ‘poor religion’ or ‘bednaya religiya’ in Russia (Laqueur 2015).

My personal research on global Google search results for Nostradamus shows that Russia is an outlier and that its press promotes him and other ‘prophets’ (such as Seraphim of Sarov) as legitimate regarding matters of internal and external Russian politics. Similarly, Google Trends results have shown ‘spikes’ in Nostradamus interest which are parsimoniously attributable to Russian propaganda and information operations / information warfare campaigns.

A modern figure in Russia who takes on the Russian mystic mantle much like that of Sergei Nilus, Rasputin, Gurdjieff, and others who were close to the government or political police — the well-known Aleksandr Dugin is a right-wing Russian philosopher considered influential on the Putin regime. Dugin embodies anti-Western, Eurasian-centric views of the world (often referring to the United States as “antichrist”) and has promoted Russian prophetic mythologies like ‘Third Rome’. (The Russian Orthodox Monk Filofei of Pskov (b.1465-d.1542) created the mythological concept of Third Rome, wherein Russia viewed itself as the final incarnation of Orthodox Christianity (Perrie & Pavlov 2003).)

Third Rome was a view of Russia adopted by the 16th century Tsar Ivan IV (“The Terrible”) and 17th century Orthodox ‘Old Ritualists’ (also called ‘Old Believers’), who associate the ‘fall’ of Third Rome with the apocalypse (Cherniavsky 1966). Dugin often identifies with this Old Ritualists sect (Clowes 2011, p.47). Likewise, Rosalind Marsh associates Dugin with Orthodox apocalyptic beliefs that have had:

” …a major impact on Russian religious thinking and the ideas of the Russian Far Right…Belief in the medieval traditions of Satan and the Antichrist… proved much more enduring in Russia than in other European countries, and many of these concepts have been resurrected in the ideas of the Far Right in contemporary Russia.” (Marsh 2007, pp. 356)

On multiple occasions, Dugin has referred to Nostradamus’ 1999 prophecy in the context of apocalypse and as proof Putin was foretold by Nostradamus (Dugin 2014). In 2014, Dugin (pp.22) quoted a version associated with Erika Cheetham, relating it to Putin being an “ideal ruler of the period” in a specifically Eurasian context.

Erika Cheetham’s version of the 1999 prophecy is considered one of her most controversial interpretations. In original 1555 French editions, this reads:

(In the year 1999 and Seven Months; From the sky will come the Great Appeaser King to resurrect the king of Angolmois; Mars reigns after by good fortune.)

Cheetham’s view is controversial because her interpretation of the French included substantial differences with Nostradamus’ original text. In the original editions for example, the term ‘deffraieur’ (appeaser) was used instead of the term ‘d’effrayeur’ (terror). Cheetham also interpreted ‘Angolmois’ as an anagram for ‘Mongols’ (translated from the pseudo-French anagram ‘Mongolois’). Critics have postulated that Angolmois is a better analogue for ‘Angoumois’ (or Angouleme), a region of France in Nostradamus’ time (Wilson 2007).

One of the most well-accepted instances of active measures from the post-Soviet era is that the September 1999 Moscow apartment bombings were the result of a Russian FSB (Federal Security Service) ‘false flag’ attack intended to hasten transfer of power from Boris Yeltsin to Vladimir Putin. Following Putin’s decisive responses to these bombings, he was unshackled from Yeltsin’s unpopularity and his polling numbers surged. 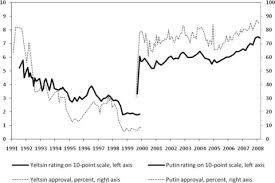 Investigations into FSB responsibility for the bombings generally focus on the discovery of an explosive device in an apartment building in Ryazan Russia on September 22, 1999. Initial forensic testing showed evidence of military-grade explosives, and suspects were traced to the Moscow branch of the FSB – before the FSB claimed it was a training exercise using sugar and further investigation was discouraged (Boghardt 2006, Dunlop 2014). This incident followed a series of bombings in Moscow blamed on Chechen terrorists that killed over 300 Muscovites.

The pattern seems to have begun in March 1999 with a bombing in Vladikavkaz, North Ossetia that killed 51 people (it was the largest terror attack  in Russia since November 1996). Then-FSB Director Vladimir Putin investigated. Russian press reported on this event saying Russian security speculated Chechens or Osama Bin Laden were responsible (Jamestown 1999). At the time, Giulietto Chiesa, a Moscow correspondent for the Italian newspaper Stampa, called the bombing a likely example of “state terrorism” (Dunlop 2014).

Interpreted from the French version of the altered Cheetham prophecy, we can actually see a great parallel between Russian cultural history, the 1999 terror attacks, and Nostradamus’ Century X, Quatrain 72.:

Despite the seemingly positive appraisal of Putin by Dugin related to Nostradamus, the popular association of Nostradamus’ millennial 1999 prophecy with the antichrist is interesting because among Old Ritualists (and Dugin’s inspiration Nikolai Berdyaev), it was common to see the Russian leader as the physical incarnation of antichrist since the time of Peter the Great and the ‘1666 apocalypse’ of the Russian Church (Christensen 1998, Marsh 2007).

Dugin claims to see Putin as the form of the ‘eternal’ Tsar; so as an ‘Old Believer’ does he also see Putin as (an) Antichrist? How do such views reconcile? 1999 looks like a good place to start if you want to try and figure it out. Can we only explain the terror bombings within the context of classical ‘Tsarist-Orthodox’ intrigue?

Laqueur, W 2015, Putinism: Russia and its Future with the West, Macmillian, London, U.K.